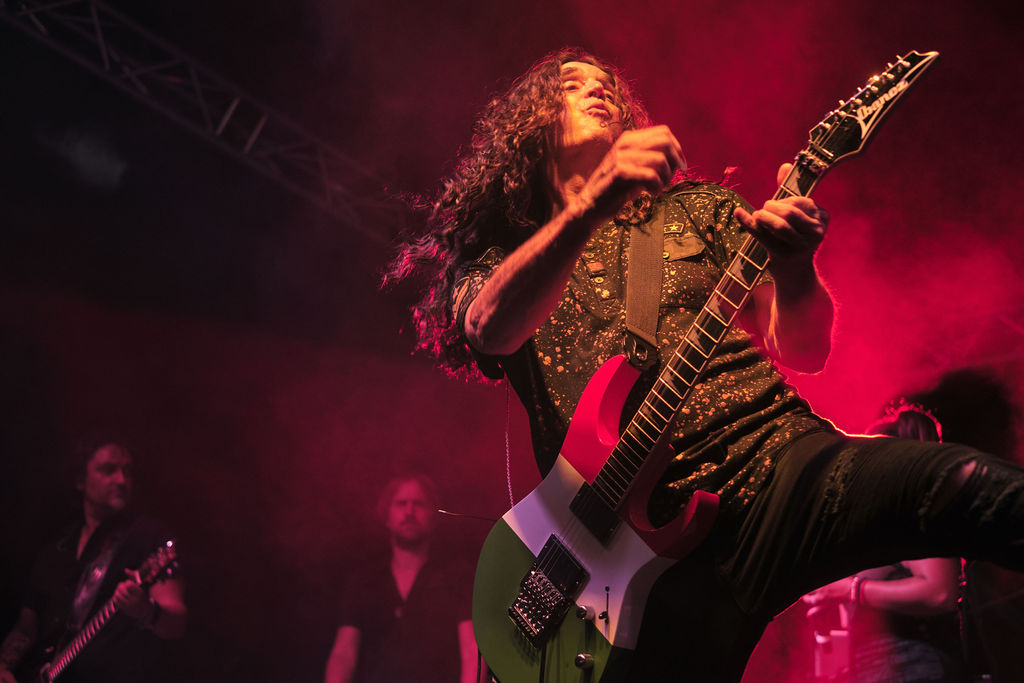 Posted at 16:12h in Blog by ChicagoBuzz 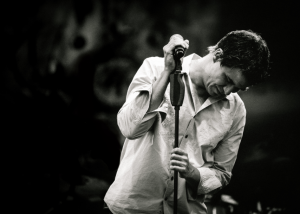 My love for music began as a child.  My Mom and Dad got me a phonograph when I was just two years old and I was hooked.  My taste in music was quite eclectic.  I loved everything from the vocal harmony groups of the 50’s, through the incredible Motown acts of the 60’s.  From there I branched off into classic rock.  I knew I could sing when I was a kid.  I heard things that other people didn’t.  I could tell from a young age if I was in tune or out of tune.  I could hear harmonies naturally.  However, there was a problem.  I was an athlete, and athletes didn’t sing,  so I kept it to myself until the 8th grade when some of my sports friends announced that we were going to try out for the musical.  It happened to be Grease, one of my favorites.  I loved listening to the 50’s music and the Bee Gee’s penned theme song, sung by Frankie Vallie.

I played the role of Doodie, and had three solos in the musical, including “Those Magic Changes” and “Rock and Roll Party Queen”.  Performing in front of an audience for the first time was daunting.  I never realized that you couldn’t really see out past the first few rows of seats with the stage lights shining bright.  Although I came from a musical family, this was my first time performing live in front of an audience.  When I finished my first number, the crowd erupted.  Nobody really expected much from the point guard of the basketball team.  To say I was hooked was an understatement.

I went on to join different bands in high school and college, trying to play live anywhere I could.  I went on a pilgrimage to see as many live concerts as possible.  I saw as many different acts as possible.  I studied.  Boy did I study.  I made sure I learned as much as possible about each live band that I saw.  I would study their front men and listen to their musicians.  I would analyze what they did, how they did it, why they did it and what effect it had on the audience.  I built as much knowledge as I could and tried to develop a producer’s ear.  I wanted to be able to lead live cover bands and make audiences smile.  I wanted it to be 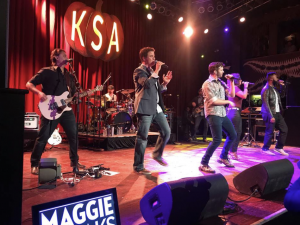 When I got out of college, I started the Chicago cover band Maggie Speaks.  We began by playing night clubs.  Then we progressed to street festivals where we built a nice following.  There was a great energy at our shows.  Soon we were attracting Fortune 500 companies that wanted us to play at their corporate events.  We performed at all of the Midwest colleges and continued to grow.  College students would follow us around on their summer breaks, eventually asking us to perform at their weddings.  Then we branch into society and gala events for major charitable organizations.  At each turn, I always tried to make sure we were always reinventing ourselves.

In 2017, we started our Celebrity-Sit In program where we would have celebrity singers from world famous bands join Maggie Speaks on stage for their 4 – 6 greatest hits.  It has been a dream come true, having graced the stage with so many of my idols that I studied at live concerts throughout high school and college.  To go from sitting in the crowd to standing on stage with some of the most captivating performers has been surreal to say the least.  We have been fortunate enough to perform with former members of Journey, Boston, Lynyrd Skynyrd, Kansas and many more. 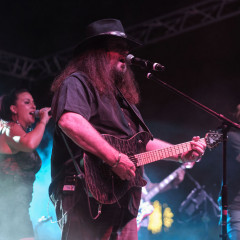 In thinking about this the other day, I realized that I have picked up at least one nugget of information from each celebrity artist that performs with Maggie Speaks.  I figured I would take a swing at blogging.  I wanted to share some of the knowledge that has been imparted to me by the rock and roll royalty that I have been fortunate enough to perform with through our Celebrity Sit-In program.  I hope you enjoy it.  Remember to support live music.  Musicians dedicate their lives to their craft and through this dedication they spread love and joy throughout the world.  Keep reading this blog series and find out what the stars have taught me throughout this incredible Maggie Speaks journey.